SHEEPO is an Action, Casual, and Adventure game for PC published by Kyle Thompson in 2020. The game mechanism is similar to the predecessor GRIS!

Light plot, good music and art, the core gameplay of exploration & platform jumping. As the game progresses, new abilities are unlocked and used on specific occasions to complete the adventure. 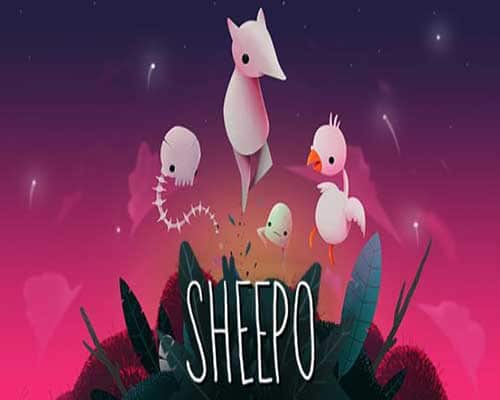 As our main character, a kind of humanoid sheep, we wake up in a kind of spaceship, where we begin to receive instructions. It turns out that this is our first day on the job, and our supervisor already has the initial task: GUARANTEE THE SURVIVAL OF ALL SPECIES! And how to do that? Taking an egg from each animal, on each planet, of course. After learning the basics of moving the game, we set out on our journey to the first world.

Right in the tutorial, it is already possible to understand that this will be, mainly, a game of precision in its movements, with a focus on exploration. But even nowhere did we think Sheepo would be so impressed with these simple mechanics. It turns out that maps hide secrets and different NPCs, many accessible only after a few levers, buttons, and some effort. The first merchant in the game, for example, requires increasing the pressure of a water source to reach it. We have a kind of NPC with a ‘do not feed the monster’ sign, which if we feed it will deliver rewards, and so on.

These rewards are worth it! we must say. In the case of the merchant and the monster, like most interactions in the game, we can get past them if we are not the explorer type. As well as the optional and hidden areas of the game, which guard feathers! Yes, feathers! They are the currency of the game and will allow all the improvements that merchants can deliver to us. One is the markers on our map, accessible through the game’s pause menu.