Spoxel is an Action, Adventure and RPG game for PC published by Epaga Games, Riveted Games in 2019. Make the world!

a special game where you will be building your world while facing the others to not to let them build theirs. 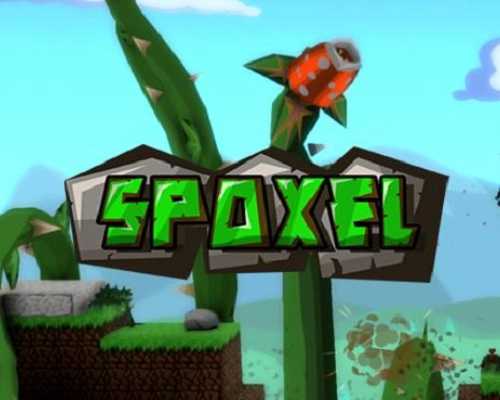 Explore, customize, and build across the world of Spoxel as you fight the otherworlders who have subjugated the land and forced the grounders below the surface. Use runes to construct custom powerful spells to use in your adventure or infuse weapons and armor with rare resources to create legendary items of power. Explore an infinite world and delve into other dimensions while you build a base to establish a foothold of power and defend it from your enemies!

Spoxel is a 2D sandbox game based around custom weapon crafting. When you think 2D sandbox you probably think Terraria. Which is understandable, but Terraria has been around for years now.

Spoxel’s bread and butter is its unique crafting system that gives the player to forge his adventure, build a standard iron sword or build a god slaying great sword, completely up to the player’s choice