Super Ledgehop Double Laser is an Adventure and Action game for PC published by LAME Dimension in 2018. Bullet hell girl!

Play as a girl called Chizuru who is a bullet hell lover and she will show you the taste of bullet hell blended with rhythm genre. 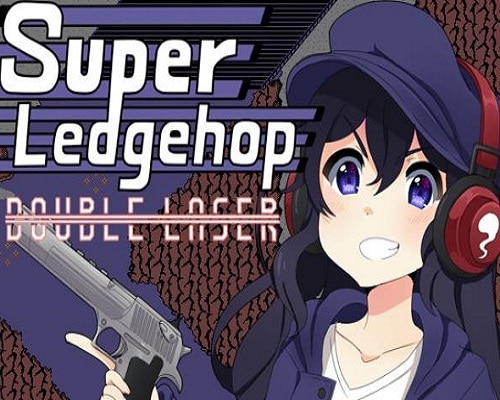 Ever come in a situation where you had a chance to become a cute anime girl, but for some reason, thugs wanted to blast you into smithereens and the government is so corrupt that they’re sending out their top tier dudes after you instead of the thugs?

Well, in this game, that’s exactly what you’re getting! Experience the life of Chizuru, a colorblind orphan who for some reason can only see four specific colors. Help her find her big bro, who happens to be the senator as well! But be careful, because their government is crazy nuts right now!

Use your knowledge from rhythm games and bullet hell games to create a barrage of bullets to your enemies while shooting to the beat of the background music! Become the better thug by stealing your opponent’s bullets through wave shines! Blast those cheese heads with their own bullets and show them what’s up!