Superfrog HD is a Platformer and Action game for PC published by Team17 Digital Ltd in 2013. A nostalgic game from years ago!

This is a classic game known for those of old gamers. Start your adventure in different jungles with a green frog. 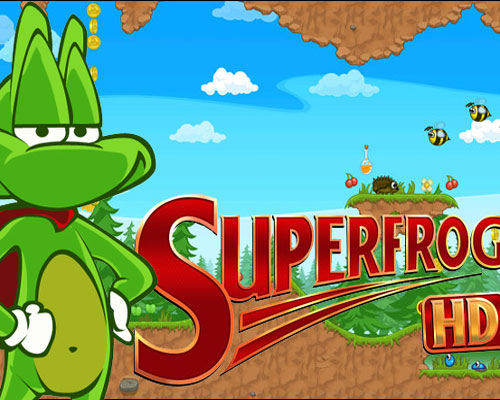 Now this enjoyable game has got remastered in Full HD resolution with improved gameplay. If you’re ready to take the control of Superfrog again, It’s the time for it. But the main story hasn’t been changed so much than the version published in 1994. Superfrog is a prince who has been turned to a frog. A witch has cursed him some years ago. Now, He is trying to find a way to turn into a human again. But he needs your help in the challenging adventures.

The witch has been traveled to an unknown land. If you want to find this character, You need to explore hundreds of levels. There are some creatures as enemies in Superfrog HD like spiders and bees. The player has to use frog’s special powers like super jumping to pass through the enemies. Some of the enemies are so strong that you need to fight them with all of your powers. There are also boss-fights in Superfrog HD too. Although they are your enemies, They aren’t so scary.

Because the whole game’s environments are fantasy. This amazing game includes six worlds with different environments. The fans of Action Platformer would really enjoy this one, If they had experienced the main version for more than twenty years ago.