Swords and Sandals Pirates is an Adventure, RPG, and Strategy game for PC published by eGames.com in 2019. Set sail to the waters! 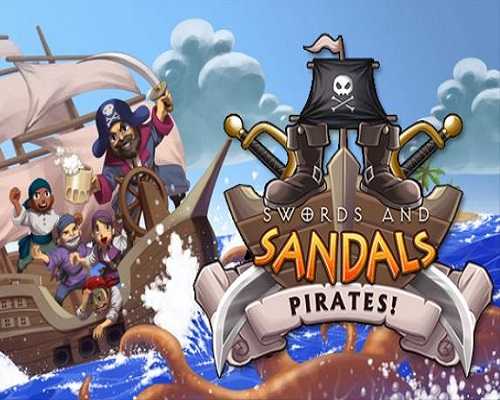 This is a pirate themed RPG / strategy unlike any other. One part Civilization, one part Ancient Art of War, one part Monkey Island, S&S Pirates sees you control one of ten famous sea captains, compete for islands, build ships, fight battles on land and sea, duel in arenas and on masts, search for treasure and try to avoid mutinous crews on your quest to gain control of Tritonia’s massive oceans.

Swords and Sandals Pirates is by far the biggest and most tactical of all the S&S games. For fans of 2008’s S&S Crusader, you’ll love this spiritual sequel to the classic wargame. For newcomers to the series or fans of pirate games in general, you’ll find this game sometimes fun, sometimes hilarious, sometimes challenging bout always infinitely replayable! What are you waiting for?

Features of Swords and Sandals Pirates: