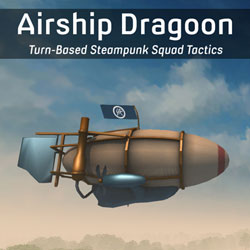 Airship Dragoon is an Action and Strategy game for PC published by YorkshireRifles in 2014. Face the invaders of an island and defend it!

The only way to defeat the enemies is to use an airship so that you can reposition your soldiers on the island.