The Bluecoats North vs South is a Strategy and Action game for PC published by Gravity Europe SAS in 2012. A real battle ahead!

The battle is between the south and north. These two regions have been fighting for few years, and now you must put an end to it. 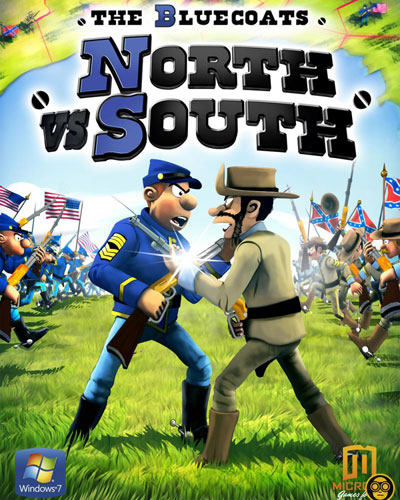 Actually, This game is about a historical civil war. You need to create an army with trained soldiers. But it’s not easy to do this. Players have to train the soldiers to use them in the battles. You have to use the best tactics and strategies to be successful in the war. Otherwise, You will be defeated by the enemy side. You can equip your army with lots of battle equipment such as classic weapons. All of the items can be upgraded to the highers levels in this game too.

Your soldiers need to be trained in different fields. Remember that you need to use coins to do this. You can get extra coins by winning the battles. There are some mini-games in this game that can be fun for players. Some of the mini-games include extra scores for you too. So, If you’re bored of playing campaign mode, You can try them for free. You have to use maps all the game because of their knowledge. These maps can help you so much in the war.

As so of you remember, This game’s main version was published on 1990. This new version is a remastered version of this game with better graphics and gameplay. Although it’s been changed so much, It may be a great experience for you again.

Features of The Bluecoats North vs South:

0 Comments ON " The Bluecoats North vs South Free Download "