The Disappearing of Gensokyo is an Action, RPG, and Adventure game for PC published by MyACG Studio in 2018. Fighting Japanese enemies!

You will be selecting a hero at first and then you will begin the fights to stop your enemies. 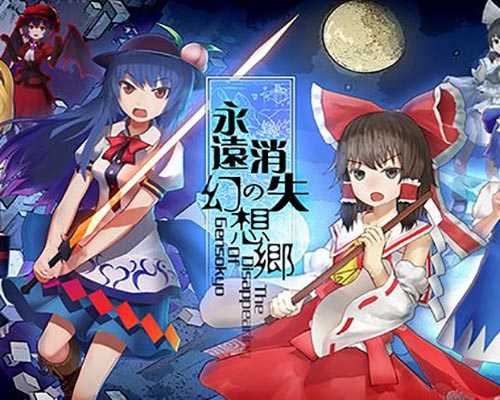 Fight against different kinds of enemies, and defeat the powerful bosses of Gensokyo! A brand new “Danmaku-Shooting-ARPG” game. Control characters from Gensokyo with interesting and unique abilities. Use their special abilities to defeat a variety of enemies and bosses. An “Incident” happens again as usual. Strange people are appearing in Gensokyo! Who are they? Where did they come from? Why did they come here? But no matter, you have to defeat them! Fight against famous Touhou characters, find their weaknesses, and save Gensokyo!

You will explore Heaven, the Hakurei Shrine, Misty Lake, the Scarlet Devil Mansion, and more famous places in Gensokyo! Explore the world of Gensokyo and find out what’s going on! It’s an Incident! But this time, “Incident resolver — Hakurei Reimu” doesn’t appear! Where is she? Gensokyo is in danger! This game complies with the guidelines for releasing Touhou doujin games on Steam. This game is not enjoyable on hard or lunatic difficulties as enemies become too bulky and deal too much damage, bosses will take an excessive amount of time and while there are infinite retries the pain isn’t worth the reward.

The game doesn’t start on English language, but it’s easy to find and change it around the options. It allows you to play with keyboard or Xbox controller, so yeah, if you plan to use some USB controller you will have to do the usual stuff to fix it, or maybe set it up from the Steam controller options.

Features of The Disappearing of Gensokyo: