Fights, skirmish – sequentially completed missions, and “western saga” – a random campaign on a strategic map where you can capture resources. 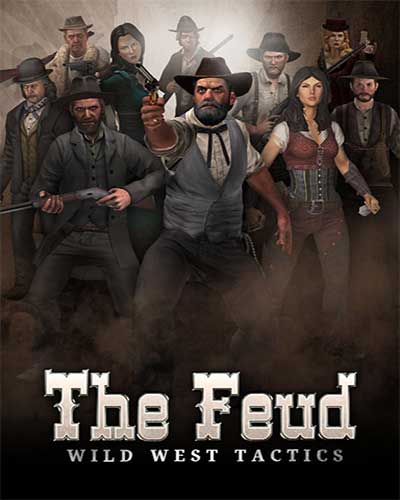 Many RPG Wild West fans loved the game Hard West. The western fans wanted to have a kind of sandbox there because the gameplay was just fun. Unfortunately, it remained a nice game in small, well-told story chapters. The Feud, on the other hand, has a weaker story but a saga mode in which you fight against rivals over the rule of the map and its resources. It is recruited, discovered, killed, researched and the characters developed. The map is reminiscent of civilization and the battles of X-Com.
A different story is told and played in 3 different story campaigns. You start with the Hatfields story and at the end, you can unlock the McCoy story. The stories are divided into 12 missions, which are told by a mixture of text and video sequences (unfortunately without audio with subtitles). In the third story campaign, the Hatfields team up with the McCoy’s for another 8 missions. In the beginning, a helpful tutorial is integrated that explains everything important about the game. The stories are okay but nothing special compared to today’s possibilities. That brings more variety, variety, and motivates for a second round.