The Miskatonic is a Casual and Adventure game for PC published by Rapscallion in 2018. A charming Lovecraft game!

You are going to control an optimistic witch called Charlotte LeStrange, and help her out to reach her goals. 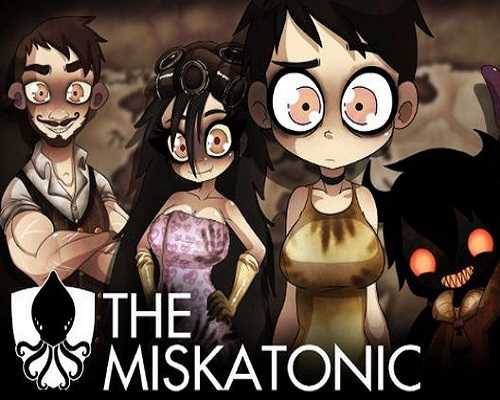 Explore the most prestigious occult school in North America, The Miskatonic University, in a hilarious dark comedy set after the Lovecraft canon, in which Innsmouth is demolished, Cthulhu is perpetually immobilised, England is overrun with cannibals, Antarctica is plundered, and the greatest threat to mankind is its own ambitions.

Charlotte LeStrange, a former member of the Chesuncook witch cult blessed with magically mind-altering eyes, has been recently hired by The Miskatonic to perform errands for the mutated faculty and patrol the Occult Science wing of the university. A bubbly and inquisitive sort, Charlotte is fascinated with the monsters and mutants of the stories and spells, and a job at The Miskatonic seems like a dream come true! Though behind the supernaturally disfigured staff, the unusually invasive science teachers, and the adorably horrifying cosmic abominations known as the Dunwichers, hides a vast, nightmarish conspiracy that only Charlotte herself is equipped to solve!

The game presents itself as a horror-comedy, and rightfully places more emphasis on the comedy than the horror, which makes the horrific bits keep their freshness, no eldritch happening ever felt like “Oh, great, more of this again.” However, a decent amount of humor comes from the constant sex and nudity jokes that can be really hit and miss.

Features of The Miskatonic: