The Terminal 2 is a Strategy and Simulation game for PC published by FrameLineNetwork Kft in 2014. Airlines awainting for your guide!

You are going to control a single airport with only one airplane. After then, you will grow and make more airports. 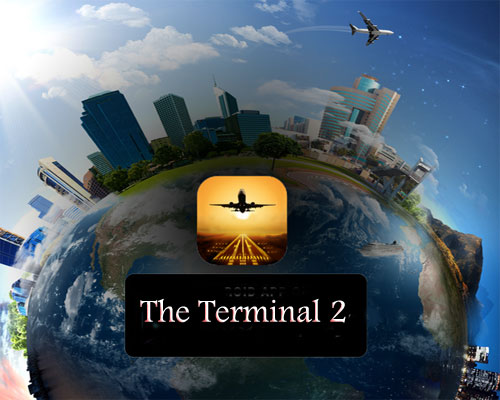 You have to change this condition. Your airport needs to be advertised in the city and also the country. The facilities that you give to the customers would be a great way to advertise. If the people who travel from your terminal become satisfied, They will do this for another time in the future. They will also take new customers for traveling. When the player earned enough money, New airplanes can be added to the airport. Remember that the price of a new airplane is so high.

That’s why you have to work hard to get a new one. Managing the airport may seem easy at first. When the number of the flights go higher, You need to spend more times to control everything as well. Fueling the airplanes is one of the problems that happens everyday. If you don’t refuel the planes at their own times, Some serious problems will occur. The tickets can be sold from the other companies too. It’s possible to make contracts with the companies.

The airport needs to be built from the beginning. Because it needs another parts like parking and hangars to work without any problems. The Terminal 2 has better graphics than the first version. Its gameplay has been improved so much. It has normal ratings on Steam by the users who have experienced it.

Features of The Terminal 2: