The Tiny Bang Story is an Adventure, Puzzle and Casual game for PC published by Colibri Games in 2011. Are you ready to live on a new planet?

All the things were in order before having a giant thing hit your planet and now you are going to see a new kind of planet. 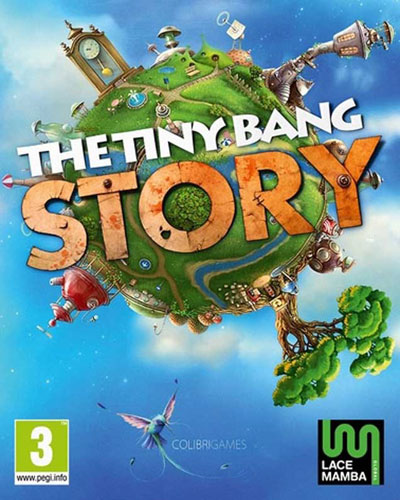 People’s life is in danger now. If you don’t do anything, The planet will fall apart in the future. You should use your imagination to solve the complex puzzles of that disaster. You will need mechanical machines to fix these problems. They are available in the environments. But some of them need to be fixed before you use them. Players will need some other equipment that can be collected from the hidden areas. The Tiny Bang Story includes lots of cartoon characters.

Some of them can help you so much on your way to solve the problems. It’s possible to talk them whenever you want. This enjoyable game also includes five chapters and thirty levels in total. Each chapter has different environments than the other ones. Players can change the theme of game by earnings scores. There are ten beautiful themes for The Tiny Bang Story that can be gotten by you. These themes are also musical ones really enjoyable.

Everything on this planet is based on your dreams! If you use your creativity as well, You will be successful. The Tiny Bang Story has 9/10 average score based on Steam users. It can be fun for some hours for fans of Adventure Casual games.

Features of The Tiny Bang Story: