tiny and Tall Gleipnir is an Adventure game for PC published by t&T Studios, Plug In Digital in 2018. Go on a mission or get to a point with gods!

You have good level of blacksmithing abilities, and you are asked by gods to go on a journey where you must solve the problem which is bothering the people and gods. 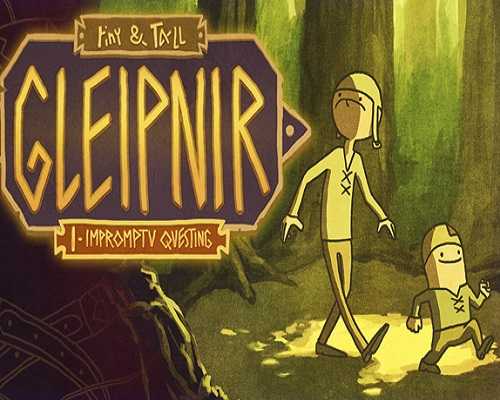 tiny and Tall Gleipnir, Part One is a classic yet modern point’n’click adventure, inspired by LucasArt’s legendary titles.

Two barely competent and charmingly inept blacksmiths find themselves contractually bound to the Norse gods and have to explore a lovingly handcrafted world in a quest for unusual and magical objects. But while they look for these ingredients, the sinister gaze of Loki, the Trickster god, casts an evil shadow on their path… Solve (not so) convoluted puzzles, talk to eccentric characters and discover an epic Norse legend!

If you miss classic Point&Click games, then this is the right one to pick. This is the first episode of the series where you get to know tiny & Tall, two blacksmiths who were ordered by Norse gods to forge Gleipnir, a magical binding that will hold the wold Fenrir who’s been causing problems lately by attacking everyone, even the gods themselves. Of course our two heroes has no option to refuse the gods request, especially mr. tiny who is too enthusiastic for this journey, on the other hand Mr. Tall is too salty and grumpy since tiny is the one who agreed on taking this mission. You’ll follow the funny and dangerous adventure of the two blacksmiths.

Features of tiny and Tall Gleipnir: