Tiny Troopers is a Strategy and Action game for PC published by Iceberg Interactive in 2012. Start guiding your group of soldiers!

Here you will be controlling a small team of brave soldiers who are ready to face the enemies. 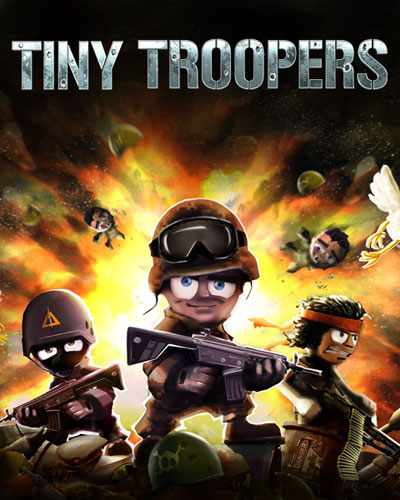 You will have many missions at the campaign mode. At first, You have to train your troopers in the tutorial. They know nothing from the war! But you can easily get skills with them. When all the members of the group were ready, It’s the time to start the real battles. You have to be really careful about the soldiers. When any of them gets hurt, He won’t be able to continue the battle. So, You have to fight with less troops on the battlefield. This is one of the important things at Tiny Troopers.

The second important thing about the soldiers is their abilities. Their abilities are really low at the start of the game. When you earn enough scores, You can upgrade their abilities. Their level can be upgraded too. But you need to get experience points for this level up. There are many types of modern weapons for your soldiers. The player can purchase them from the store by the coins. Remember that the enemies will use this kind of weapons too.

There are thirty levels in total for Tiny Troopers. Each level includes some missions. When you finish a level successfully, You will be able to select the missions then. This Action Strategy game has good scores in Steam Network. The users have rated it 9/10.