Unending Dusk is an RPG and Action game for PC published by Vindicate Games in 2019. Different characters with different skills!

Beat every enemy you face in a classic retro game which is blended with cyberpunk and demons theme. 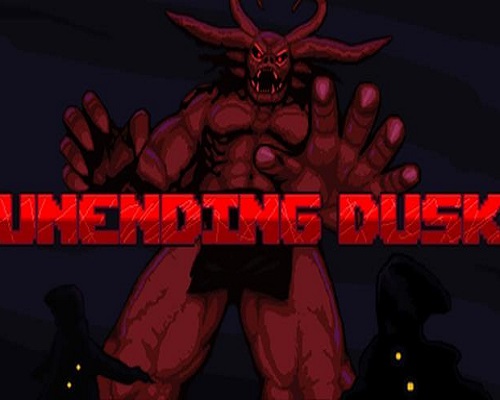 Unending Dusk is a retro beat ‘em up set in a post-apocalyptic world. Play solo or with up to four players and brawl your way through hordes of enemies. Set in a desolate future, you play as an elite mercenary who must fight against a dark force who has locked the Earth in a state of unending dusk.

Discover and combine powerful enhancements to unleash even deadlier attacks as you battle the ultimate evil. Unending Dusk is a decent beat’em up if you enjoy grinding stats and finding rare attack mods. The stages are randomly generated so you can run into a secret shop or a hidden area, and that is not counting the stat grind which is usually associated with the genre. In our opinion, the combat, aesthetic and controls are faithfully implemented.

Having Streets of Rage (2) in mind, by comparison, the execution of attacks is essentially the same. Unfortunately, it has no grappling which is perhaps the biggest problem. There are definitely some modern features added to the formula such as character levels and different damage types, but overall it truly feels like a game that could be on Genesis – mainly due to aesthetic. Now you can play this game for free in freegamesland. Also, if you have got any question, make sure to leave your comments down below.