ViKubb is an Action, Sports, and Casual game for PC published by Whitway Studios in 2020. What is going on in the world of Vikings?!

Vikubb relocates the well-known outdoor game Kubb to the Viking era. We can choose to compete against an AI or a friend or face a human opponent in a “Ranked Match” in order to move up in the ranking. 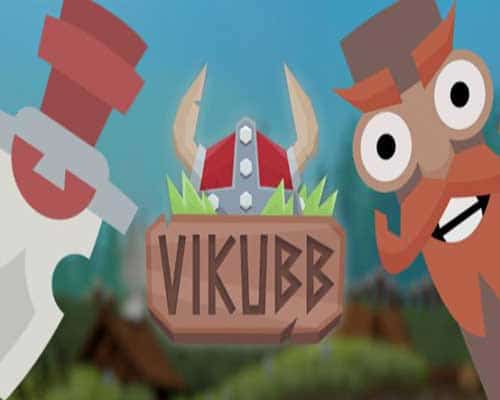 If you always thought on rainy summer days, how I would like to play a game of Kubb now, you no longer have to go to the muddy city park. ViKubb can be played very well against the AI , but there is also the possibility to defend the king online against real opponents.

I like the detailed cartoon graphics and the fact that you throw knives at the Kubbs in ViKubb, ouch. Throwing feels natural and is not all that rarely challenging, but doable. Of course there is also a bit of luck involved, just like in the real Kubb game out on the lawn. A small tutorial quickly introduces the inexperienced Kubb player to the rules of the ViKubb game and they can start immediately.

Only a small bug with the voice chat has occurred. Switching on the microphone sometimes turned out to be a bit complicated due to the controls. As with most online MP VR titles, the number of players is still low at the moment, but on my first test I found a very nice online player with whom I could play three funny rounds of Vikubb.