WoozyHero 乌贼英雄is an Action, Strategy, and Casual game for PC published by PhyzixMind in 2019. A drawing cute style!

After entering the game, it feels that the picture is more refined than imagined. The character model is a polyhedron, and each face reflects the character’s action, making the action look smoother. 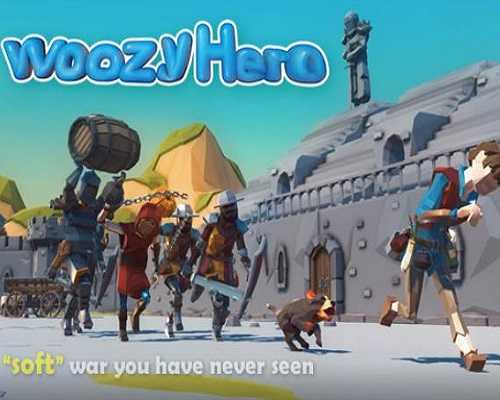 Gods created the universe, feeding on starlight and resting upon unmatched power. Time bred mischiefs and pranks of some. And meanwhile, earthly prosperity incurred envy of others.
Upon thinking of the fact that the sophisticated development of science and technology has damaged the deity’s authority, God of Power took away half power of humans, as an effort to subdue them to absolute rule. Only Goddess of Wisdom firmly believes, humans will not falter. There was an agreement between her and the rest of the gods. If humans were able to fulfill the challenges granted by gods with the half power left, they should return the claimed power, respect human civilization and refrain from interference.So there appeared a Warrior’s Arena on the boundary of Justice City and Demon’s Domain. Gods summoned the souls of valors from different spaces and the imprisoned demons in hell, posing challenges one after another.

Can the immortal warrior, who has only half power left and reels back and forth, fulfill all trials and challenges with willpower and conviction?