Zombie Driver is a Racing and Action game for PC published by Exor Studios in 2012. Ready to smash a few zombies using your powerful cars?

You are about to compete with zombie killers who have their own cars, and now you have to choose your powerful car. 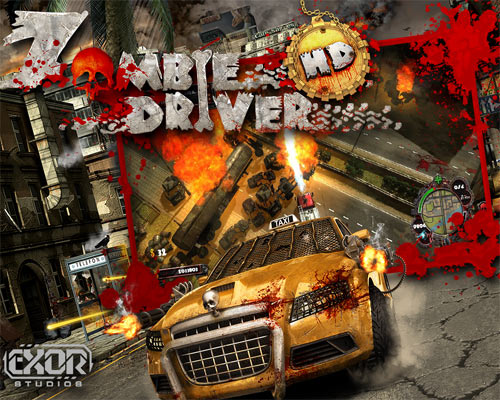 Insane mix of cars, speed, explosions, blood and zombies! Fight through an epic narrative campaign or test yourself in the Slaughter and Blood Race modes. Engage huge bosses, save survivors, drive crazy vehicles such as a bulldozer, fire truck or even a tank and smash everything in your way. Take part in the Blood Race tournament – chase other cars and take them down without mercy on brutal racing tracks. Jump into the Slaughter mode and survive as long as possible on specially crafted arenas.

You can change your car by earning money. Your previous car can be upgraded with money too. The more zombies you defeat, The best scores you get. So, If you don’t have any problem with the other racers, It’s better to defeat many zombies as you can. There are six types of cars in Zombie Driver in total for the players. Each car has different price. The most expensive one is the fastest naturally. That’s why the players have to try to get it as fast as it is possible.

There are many maps for the competitions at this action racing game. If you like racing games with apocalypse atmosphere, You can get this enjoyable title for free from FreeGamesLand.